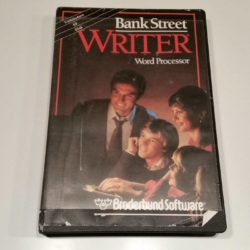 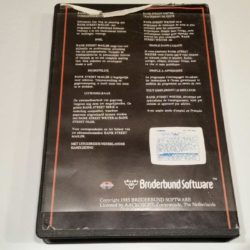 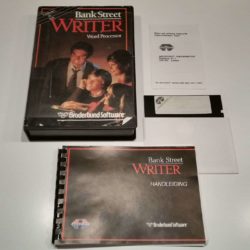 It was designed in 1981 by a team of educators at the Bank Street College of Education in New York City, software developer Franklin E. Smith, and programmers at Intentional Educations in Watertown, MA. Because of its wide adoption in elementary schools in the following years, a period coincident with the growth of personal computer use, it was generally thought at the time to have changed the way students learned to write by allowing them to concentrate on the creative parts of writing, and making the process of editing easier than with pencil, paper and eraser. The interface featured menus listing the operations the word processor could perform, such as “cut” and “paste,” and brief directions for how to perform each function. The design addressed the need for a word processor that would enable elementary school children to use a computer to write stories and essays. Bank Street Writer was a modal editor[1] – pressing the Esc key toggled between editing mode and menu mode.

Prior to the advent of the Bank Street Writer, most word processors ran on networked minicomputers.[citation needed] The most popular word processor for the personal computer was Apple Writer,[citation needed] which (prior to the version II release) operated in Apple’s text mode where all text consisted of uppercase letters. Apple Writer used a black-on-white character to represent an actual capital letter. Microcomputer word processors of the early 1980s typically had no menus; so to perform basic functions such as copying and pasting, a writer had to type a series of keystrokes. The Bank Street Writer operated in graphics mode, where characters were displayed normally with lower and upper case letters, and it provided helpful prompts during editing.

Brøderbund Software published a very successful home version of the Bank Street Writer, which did not contain the additional school materials and was published as a retail software product. The Bank Street Writer was for several years the #1-selling product in the “Home Software” category on what was then the most respected sales chart in the industry – the Softsel Hot List,[3] from Softsel Distributing[4] of Inglewood, Calif. 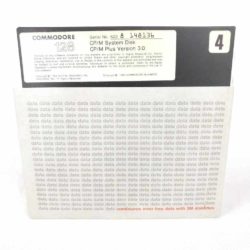 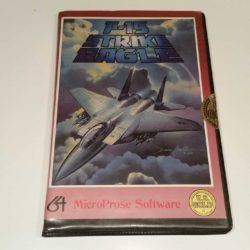 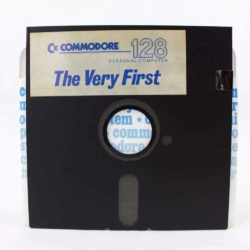 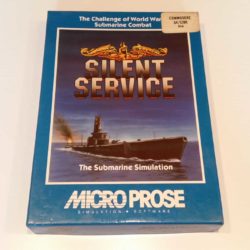 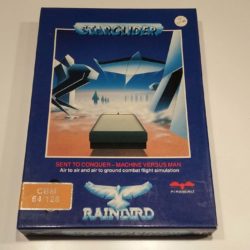 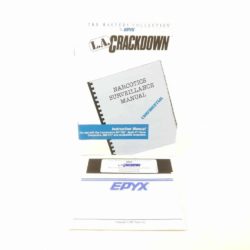 50,00 DKK
Tilføj til kurv
Login with Facebook Login with Google